Home / About Us / Board of Directors

The Bet Haverim Board of Directors conducts congregational business with oversight of all synagogue finances, facilities and human resources.

The Board of Directors also ensures that the by-laws of the congregation are upheld. Each member of the Board is elected by the membership to a three year term. Elections for new directors are a part of our Annual Partner Meeting.

The Board of Directors additionally issues an Annual Summary each year at the congregation’s Annual Meeting. The report details the activities of the committees, groups, staff and others working to execute programs, services and special events at Bet Haverim.

Agendas for upcoming Board of Directors meetings can be viewed by clicking here.

If you are interested in exploring service as a Director, please fill out this statement of interest.

Questions can be directed to Co-Presidents Elisabeth Dubin and Mitch Singer, through the form below, or to Pia Sieroty Spector, Executive Director, or by calling 530-758-0842.

Send a message to the Co-Presidents, to share with Directors (or staff, as appropriate) 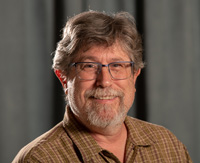 Mitch comes to Davis via Wisconsin and Illinois where he grew up.  He and his wife Jennie, have been a part of the CBH community since 2000.  Their family now includes three children, their eldest Nicole, in Los Angeles with her husband Josh and their son Zeke; Brianna and Leo, both at home.  In 2015, Mitch’s mother Anita joined them in Davis after many years of retirement in Florida.  Mitch is currently a Professor and Vice-Chair of Instruction for the Department of Microbiology and Molecular Genetics and primarily teaches intro biology and microbiology at UC Davis.  He also organizes a study abroad program to Cork, Ireland and Brussels, Belgium.   Both Brianna and Leo attended Gan Haverim preschool, where Brianna was one of the founding children, as well as religious school at CBH.  Brianna is currently the DRTY Co-president and a Madricha for our religious school.  Mitch has a strong commitment to education and working with young people and looks forward to contributing to CBH. 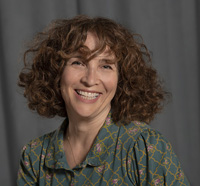 Elisabeth came to Davis from Philadelphia in 2009 with her husband Todd “T.J.” Green and son Sammy, who was then a toddler.  The family first became involved with CBH through Gan Haverim Preschool, where all three of her children attended (Lyle, Daniela and Sam are now 8, 11 and 13).  Although raised in a Jewish family in Los Angeles, she didn’t become a Bat Mitzvah until 2014 when she participated in the Adult B’nai Mitzvah class with Rabbi Greg Wolfe.  In 2014, she also joined the Building and Grounds Committee, and then the Board in 2016 and served for four years, taking only a year off before the opportunity came to serve again. Apart from her involvement in CBH, Elisabeth is a CA Licensed Architect with a local residential practice and is Chair of the Yolo County Planning Commission.  She enjoys singing, building things and coaxing plants to grow.  She comes to the Board with a strong interest in improving and adapting our unique campus to serve our evolving needs.  Elisabeth looks forward to working with the current leadership and welcomes partner communication; give her a call and she’ll tell you all about her Big Ideas!

(John will tell us more about his background &/or plans.) 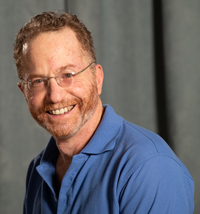 Steve moved to Davis in 2013, and joined CBH shortly thereafter, when he co-led a class with Rabbi Greg entitled “Wrestling with Tough Jewish Questions.” Born and raised in Philly, school in Boston and upstate New York, and since then a resident of many different cities in northern California. Steve’s an attorney, for many years a trial and appellate lawyer, beginning as a prosecutor in Sacramento and then for many years representing injured civil plaintiffs and the occasional innocent criminal defendant. He now works for a state agency charged by the California Legislature with proposing revision of many different areas of existing California law. He has a daughter Kira (coincidentally, also an attorney), and a dog named Raleigh, who’s still in law school, but we have high hopes. Steve sits on two other nonprofit Boards, and his interests include tennis, politics, pretty much any other sport, game, or puzzle, and at least trying to help make this world, including CBH, just a little bit of a better place for all of us. 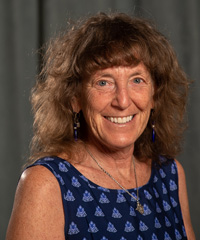 Shoshana Zatz came to Davis in 1986 to study Community Nutrition at UC Davis. She and her husband, Luke Watkins, have been members of CBH since 1998. Their two children, Juliana and Sammy, completed Religious School and Hebrew School at CBH and celebrated their respective Bar/Bat Mitzvot there. Along with Hannah and Ernie Biberstein, Shoshana is one of the founding members of Davis Community Meals, which has provided hot meals to low income and homeless individuals and families in Davis since 1991. She is also a member of the Biberstein Social Action Fund. She has coordinated several “Mitzvah Days” at CBH and has also organized volunteers and logistics for our hosting week of the Interfaith Rotating Winter Shelter. Shoshana has worked for the California Coalition for Rural Housing; Rural Community Assistance Corporation; and the California Institute for Behavioral Health Solutions. She is currently a housing consultant with Sage Housing Group, as well as working with her husband’s affordable housing development company, Neighborhood Partners. 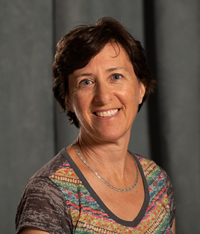 Bonnie and husband Ken Eckey moved to Davis in 2002 with their daughter Emi. They discovered CBH through a pre-school class offered on Oak Ave. Her daughter and son Aaron attended religious school through confirmation and developed a good cohort of friends. Bonnie started her greater involvement in CBH on the Education and Youth Committee, then the Building and Grounds Committee, and moved on to the Board where she served as Secretary, VP, and President. She enjoyed it so much she took a second term. Bonnie works full-time for Yolo County CASA in Woodland, a non-profit that works with court-appointed volunteers who advocate for at-risk youth. She is a gardener and has volunteered as a Yolo County Master Gardener since 2013. Ask her about fruit trees! She is also a regular walker on the north Davis greenbelt with her border collie Bridgett. 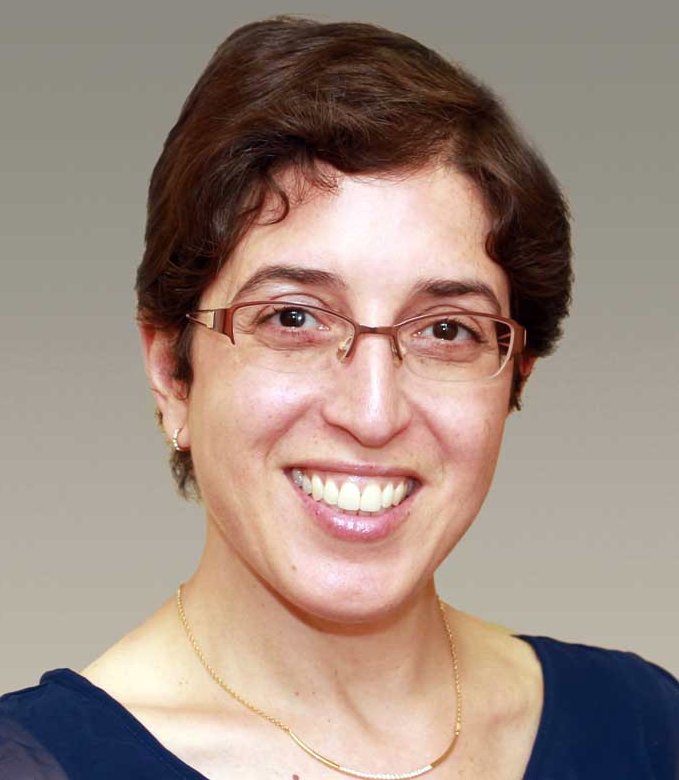 Carol and her husband, Robi Pochapin, moved to Davis in 2003 and joined CBH soon after. Rabbi Greg performed their wedding ceremony and baby naming. They have a daughter, Miriam, who matriculated through Religious and Hebrew school at CBH. Miriam was part of the Zoom Mitzvah class of 2020. This year Miriam is a madricha for the kindergarten and first grade students. She is active in DRTY, and attended Camp Newman. Carol is excited to serve on the board and give back to CBH which fosters a Jewish community in which to be a part of in Davis. She currently works as an Obstetrician-Gynecologist at North Bay Medical Center and Marin Health. 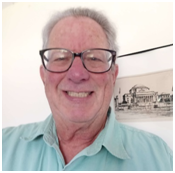 From Metropolitan New York City, Ken arrived in Davis with his wife and daughter Sarah in 1980. In 1981, his daughter Amy was born, and they have all gone through many life-cycle events at CBH. As a retired librarian from UC Davis, the CBH Library has been one of his projects. Ken has served on the Board of Directors, the Ritual Committee, the Adult Ed committee, and the Social Justice Committee. Listening, learning, reading, some writing, attending services, volunteering, working out, singing with choral groups, and travel enrich his life. Ken has served on the Bimah at High Holidays and Shabbat services for over 30 years. Jewish identity, youth, spirituality, and matters concerning Israel are very important to him. 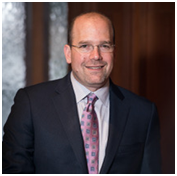 Steven and his wife, Deborah, moved to Davis in 2007 with their two children Brandon and Alexa. After joining CBH, both children attended religious and Hebrew school through their Confirmations. Steven and Deborah have been involved with various committees over the years, with Deborah focusing on EYC while Steven has previously led the Partnership Committee, was a member of the Executive Director Search Committee, and the Rabbinic Process Team. Both of their children have been involved in leadership with DRTY and NFTY as Past Presidents and Regional Board Members. Professionally, Steven has had a long career in the wine industry with several executive positions managing sales and operations. He currently the SVP of Sales & Production for the Avaline Brand. 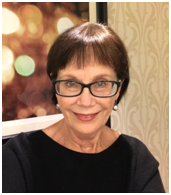 In May 2020, Marjory moved to Davis with her husband, immediately joined CBH and jumped into several volunteer roles. She serves on the Finance and Fund Development Committees, the Rabbi Process Team and LIFE & LEGACY. In her career, Marjory was President and CEO of the Jewish Community Foundation (JCF) San Diego from 1994 to 2016. Before joining JCF, Marjory was a Director of Development at Scripps Foundation and worked in the corporate world in human resources and investments.  A graduate of the Wexner Heritage Program, Marjory currently consults on endowments and board governance. She is grateful to have found such a vibrant and friendly synagogue at Bet Haverim! 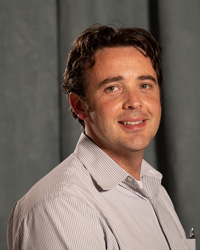 Aron joined CBH in 2013 when he and his wife Kristin moved to Davis.  In the years since, he has become more involved in Temple activities, Gan Haverim where he has shot portraits and made the yearbook the past several years, and is looking forward to starting his third child there in 5782. In between preschool drop off and pickup, Aron works as a psychologist. 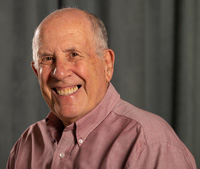 Barry and Gail Klein have been long-time supporters of CBH since moving to Davis over 25 years ago.  Gail is a former CBH Board member.  Their Davis family has grown to include the families of two of their children (two other children live in the DC area), including 4 grandchildren who are active participants in CBH activities.  Moving to Davis in 1992 after a research career at a Naval Research Laboratory in the Washington, DC, area, Barry joined the UC Davis faculty.  He recently retired from UC Davis where he is now an emeritus faculty member in the Department of Physics having served as department chair, Vice Provost for Academic Personnel, and Vice Chancellor for Research at UCD.  Barry is active in CBH, Hillel, and the Davis Faculty for Israel.  He is an officer in the Emeriti Association and serves on the Library Board at UC Davis.  Barry is a Trustee of Sierra Nevada College and also serves on the Board of the American Friends of the U.S.-Israel Binational Science Foundation as well as being a past officer of the American Physical Society.  Barry looks forward to serving on the CBH Board and contributing to enhancing the contribution that CBH makes to the Davis-region Jewish community and community life in general. 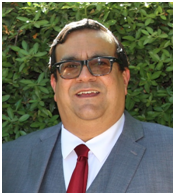 Jaime and his wife, Carmia, moved to Davis in 1996 and have been long-time members of CBH. Their daughters, Talia and Leila, have grown up in the CBH community, from attending Gan Haverim through Confirmation to being active in DRTY and NFTY, being madrichot for Sunday School, and spending most of their summers at Camp Newman. Jaime graduated from medical school in his home country of Ecuador and now works as the Program Director for Children’s Medical Services at the Yolo County Health & Human Services Agency. Jaime was honored to become a Bar Mitzvah in 2020 with Rabbi Greg’s Adult B’nai Mitzvah class (virtually!). Jaime is currently serving on the CBH COVID-19 Taskforce and looks forward to expanding his service to CBH on the Board.